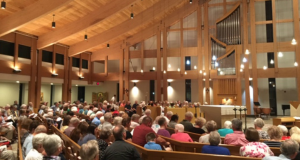 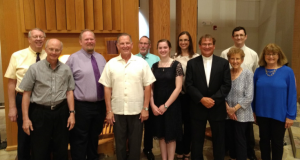 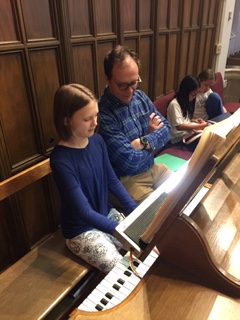 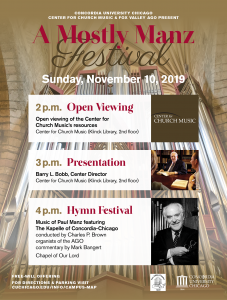 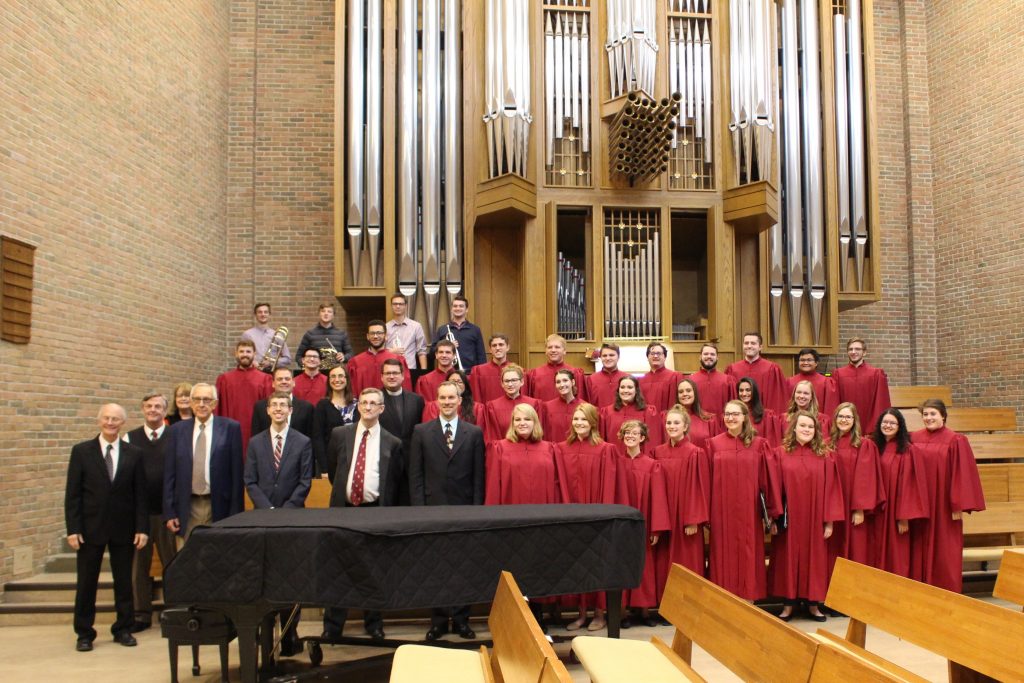 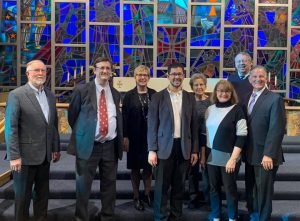 Seven organists, a choir, a guest brass quartet, and timpani presented the chapter’s annual Hymn Festival at St. John’s Lutheran Church, Lombard, IL (Karl Bruhn, host).  Organists offered a chorale prelude on each hymn before the congregation joined in singing.  Chapter member Jane Holstein served as narrator for the event, offering background on each hymn text and tune.  The Festival celebrated the 40th anniversary of the installation of the Zimmer organ at St. John’s, and was a part of the St. John’s Artist Series.  With the organ located in the balcony, there was a video projection to screens in front of the sanctuary so that audience members could see, as well as hear, the organists playing. A gala reception followed the Festival.